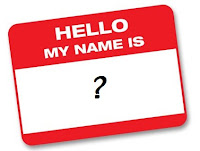 Yesterday I reviewed Evan Ramspott's five-star zombie feast Plagued. Eagle eyed readers might have noticed that instead of Evan's name on the front cover, the author is given as the label "Better Hero Army". Today Evan joins us in a guest post to explain why he has chosen not to use his name. - Tome Keeper

In February, I had an idea for a series of short zombie books, eNovellas of about 100 pages each. They would all be quick reads, enjoyable, well written, and at a consumer-friendly price point. In essence, I wanted to bring back dime-store pocket-novels in a modern format.

In early July, the first of these eNovellas hit the market on Amazon as an e-book for the Kindle reader platform. The cover, illustrating a beautiful young woman with hazy eyes, prominently shows the name of the book, Plagued: The Midamerica Zombie Half-Breed Experiment, and underneath the title a by-line that reads, Better Hero Army. There’s no mention of me except in the copyright notice page.

Something to understand about me is that I am not technically a zombie fiction writer. Far from it, actually. My debut novel that I hope to have published in 2014 is a historic fiction story that is written for a literary and mainstream audience. My second novel, currently being written, is a mainstream fiction story. Following that, I plan to release a modern pop-culture piece. The zombie world would eat a literary writer like me alive, and the literary world, well, let’s just say they don’t pick zombie book writers first when it comes to any lifetime achievement awards.

Yet I love zombie thrillers. I love science-fiction, fantasy, and adventure. Writing a zombie thriller is as fun for me as it is to read one. It shouldn’t preclude me from writing literary fiction either, but it’s a cruel world, and if one of my literary readers were to indulge in Plagued, I have doubts that they would return for my next mainstream book.

That’s why I started a label instead of publishing under my own name. That and to build a brand name that people could trust, controlled by me, with a single-minded goal of entertaining. The publishing industry would lead you to believe that there is a formula to successful literature, that by creating the appropriate story arc and following guidelines of characterization and dialogue you will appeal to the broadest spectrum of readers. Well, this is the zombie apocalypse we’re talking about here. Rules and stuff like that left when the grey skinned walking dead with their blue-green swirls of smoke wafting out of bullet-hole wounds in their chests started knocking on the door. They’re moaning for relief. They’re hungry for something with a little more meat on its bones than the formula that turned them in the first place.

Do you think that mainstream audience would reject a writer of zombie-fiction? Do you think that all authors should use a range of names when publishing in different genres? Add your comments below.
Posted by Unknown at 08:15

Visit Tomes of the Soul on...